Bharti Foundation in partnership with Indian Institute of Technology (IIT), Delhi has set up Bharti School of Telecommunication Technology and Management at IIT Delhi. The School has been set up with the vision “to develop telecom leaders through excellence in education and research”. Over the years the School has emerged as a premier institute in developing ‘Young Telecom Leaders’ that will make India a telecom superpower. The School has been continuously coming up with new programs to maintain a vibrant learning environment since its inception. The Airtel IIT Delhi Centre of Excellence in Telecommunications (AICET) at IIT Delhi was launched in December 2007.

The Centre came into existence with the signing of a tri-partite Memorandum of Understanding (MoU) between the Department of Telecommunication, Government of India, Indian Institute of Technology Delhi and Bharti Airtel Ltd., during the inauguration ceremony of India Telecom 2008, presided over by the Hon’ble Prime Minister of India. The AICET is as an integral part of Bharti School of Telecommunication Technology and Management at IIT Delhi campus. The Airtel IIT Delhi Centre of Excellence in Telecommunications (AICET) focuses on ‘Telecom Technology and Management’ to build excellence at par with world standards. Various existing and emerging technologies, growth prediction and technology adaptation in Indian context, application development using multiple technologies etc form the broad spectrum of activities of the Centre. 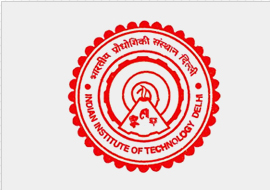 The Bharti Center for Communication set up in partnership between Bharti Foundation and the Indian Institute of Technology (IIT), Bombay, was inaugurated on 23rd January 2009 by Mr. Rakesh Bharti Mittal, Vice Chairman and Managing Director, Bharti Enterprises. The Center has been set up to promote research in communication theory and systems and foster technical collaboration between the research and user groups.

The Center encompasses communication theory, practice and applications under a single umbrella. It houses state-of-the-art laboratories and infrastructure that enables a rich research environment and attracts the best faculty and students. Most of the research work by students of Electrical Engineering is now conducted under the aegis of the Center. The Center will also provide fellowships and scholarships to deserving students. 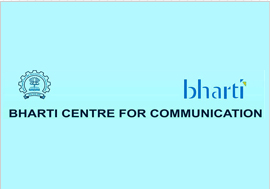 This institute was set up in a partnership between Indian School of Business and Bharti Enterprises with the Fletcher School of Law and Diplomacy, Tufts University (USA) as its partner school. The institute is an independent think tank with the following key objectives: (a)To promote high quality research to guide policy formulation and implementation; (b)To train students- both through degree and short-term programs; (c)To better appreciate, formulate and implement public policies; (d)To engage with and inform policy formulation and implementation, particularly in developing country setting.

The Institute launched a Management Programme in Public Policy (MPPP) in April 2015, to benefit mid-career professionals both in the public and private sector. MPPP provides a rigorous and inter-disciplinary conceptual learning experience for high performing civil servants and private sector professionals. The Institute also offers the ISB UNICEF Evaluation Programme with 42 students enrolled in 2014-15; while the MPPP has already attracted 40 students to its rolls. 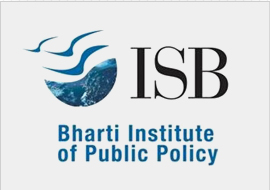 Manmohan Singh Bursary fund has been named in the honor of India’s Former Prime Minister Mr. Manmohan Singh who also holds an Honorary Doctorate from the University of Cambridge. The donation is received by the Cambridge University from Bharti Airtel Limited and also from Eranda Foundation. It is an integral part of the University’s strategy to encourage young scholars from India to build their potential as world leaders in an enriched academic environment.

The bursaries are awarded to school-leavers from India with excellent academic records and who are not otherwise able to fund their studies at Cambridge. The Bursary provides full funding including tuition feed and living expenses for undergraduate study in any subject except Medicine and Veterinary Medicine. 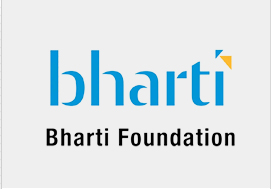 Partnership with University of Cambridge

The grant supports a three-year research program carried out between Cambridge’s Department of Plant Sciences and the Cambridge Center for Crop Science (3CS), Punjab Agricultural University and FieldFresh Foods. 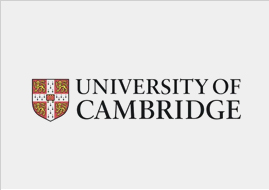 Partnership with University of Cambridge